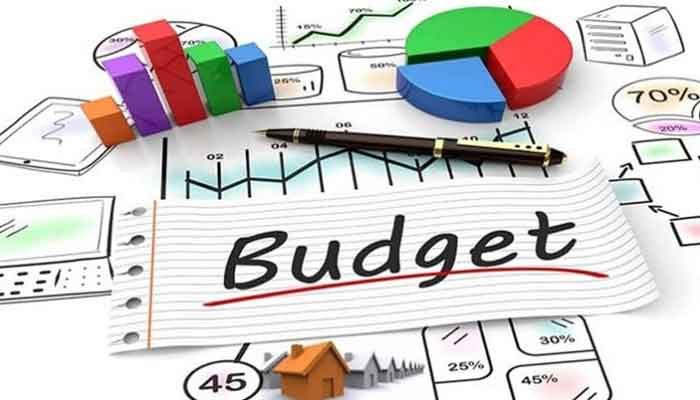 The thrust of the 2022 Budget presented in Parliament by the Minister of Finance, focused on looking forward to a country suitable for our children and thus sustaining the Malta’s economy in the midst of the pandemic to soften its fallout through incentives, social justice and sustainability.

In the first six months of 2021, reflecting the strong rebound of domestic demand, imports grew by 3.3 per cent which outweighed the increase in exports of 3.0 per cent.

During the first half of 2021, Gross Value Added (GVA) in nominal terms registered a growth rate of 6.3 per cent over the same period in 2020, reaching a total of €6.2 billion.  This growth in GVA was predominantly driven by the recovery in the Services sector, which contributed 5.5 percentage points to GVA growth, and to a lesser extent by the Industrial sector, which contributed 0.8 percentage points. The only sector that contracted during the first half of 2021 was the Wholesale and Retail, Transportation and Accommodation sector, declining by 2.0 per cent. This was attributable to a severe decline in the first quarter of 2021 as temporary restrictions were imposed to contain the spread of the virus.

The Manufacturing sector proved to be robust when compared to other sectors in the economy.  In the first half of 2021, the Manufacturing sector had fully recovered increasing by 6.4 per cent.  For the period January to July 2021, incoming tourists to the Maltese Islands amounted to 247,155, a 39.5 per cent decrease relative to the previous year.  Throughout January to July 2021, the share of tourists visiting Malta for a holiday declined by 40.9 per cent, while those visiting for business purposes further declined by 33.2 per cent from the prior year.  Contrastingly, inbound tourists visiting Malta for ‘other’ reasons, including educational purposes, increased by 24.2 per cent.

According to the Property Price Index (PPI) compiled by the National Statistics Office (NSO) and based on administrative records from the Commissioner for Revenue, in 2020, Malta’s property prices increased by an average of 3.4 per cent when compared to the previous year.  This is below the EU27 average which stood at an average change rate of 5.5 per cent.

The global COVID-19 pandemic brought with it unprecedented challenges for the Maltese labour market.  However, employment remained robust following an upward trend since the second quarter of 2020 whilst the unemployment rate continues to be one of the lowest rates in the European Union (EU).  By June 2021, the unemployment rate returned to pre-pandemic levels as a result of a series of Government policy initiatives that encouraged the retention of employees.

Despite a drop in net migration, Malta’s population grew by 0.3 per cent by the end of 2020 totalling 516,100.  The share of people aged 65+ increased significantly in recent years also in light of improvements in life expectancy.  In fact, in 2020, persons aged 65 and over stood at 18.9 per cent of the total population, which was 1.2 percentage points higher than that of 2013.  Nonetheless, in the last year there was a decrease in the life expectancy at birth by 3 months.

The share of the working age population, that is persons aged between 15 and 64 years, represented 67.7 per cent of the total population, a drop of 0.2 percentage points when compared to 2013, reflecting Malta’s demographic transition where higher employment rates, particularly for women and the elderly, are easing the pressure stemming from rising old-age dependency.

While managing to deal with the challenges of COVID-19, Malta has also managed to maintain an unemployment rate which is one of the lowest among its European peers.  Despite the pandemic slowing down the downward trend in unemployment rates observed in recent years, by July 2021, Malta’s unemployment rate returned to pre-pandemic rates, standing at 3.4 per cent, which is well below the EU average of 7.2 per cent.

During 2020, the Maltese average equivalized household income stood at €19,048, which has continued to follow the same positive upward trend experienced during the past few years, converging steadily towards the EU27 average as shown in Chart 2.13. Malta’s average household income as a proportion of the Euro Area (EA) average has increased by 17.0 percentage points since 2010 from 60.3 per cent in 2010 to 77.2 per cent in 2019.  A similar pattern is also present when compared to the EU average.

Under the 2020 package, the EU and its Member States, collectively, were committed to a 20 per cent reduction in greenhouse gas emissions from 1990 levels by 2020. In 2019, GHG emissions in Malta were down by 17.8 per cent compared with 2010 levels, representing an absolute reduction of 581 thousand tonnes of CO2-equivalents.

In 2020, total imports and exports for the year accounted to €5,394.4 million and €3,365 million respectively, representing overall 27.5 and 11.2 per cent decreases relative to the 2019 figures (see Chart 3.1).  In 2019, Malta experienced major increases in imports, including machinery and transport equipment which subsequently fell in 2020. In 2020, Malta registered an overall contraction of the trade deficit by 44.4 per cent amounting to €2,029.4 million.  From January to July 2021, exports declined further by €45.7 million while imports for the same period increased by €172.8 million when compared to the same period in 2020.  As a result, the trade gap increased by €218.5 million.

Malta has maintained a historical trade deficit averaging 23.6 per cent of Gross Domestic Product (GDP) at current market prices over the past six years.  As of July 2021, the trade gap for Malta further increased by €218.5 million (13.7 per cent) relative to July 2020.  More specifically, the increase in the trade gap reflected a 5.0 per cent increase in total imports and a 2.4 per cent decrease in exports.

The COVID-19 pandemic has disrupted Malta’s external economic environment, with the current account surplus turning into a deficit.  This means that domestic savings were not enough to finance domestic investment, increasing external borrowing and debt.  The surplus turned into a deficit due to a significant drop in domestic savings because of the global pandemic.  Companies registered losses due to the COVID-19 restrictions to contain the pandemic, forcing them to draw from past savings to sustain their investments.  These losses were partly mitigated by higher Government spending through fiscal policy measures.

When comparing the first half of 2020 with that of 2021, Malta registered an increase in the current account deficit, with public investment remaining unchanged and a slight rise in private investment of about 0.2 percentage points.  A decrease in domestic savings was also recorded at 1.7 percentage points.  Throughout the period January to August 2021, €962.1 million worth of stocks were issued by the Maltese Government on the primary market, with redeemed stocks amounting to €462.2 million. Newly issued corporate bonds amounted to €88.4 million as at August 2021, thus representing a decline from the €100.0 million issued in the first eight months of 2020.  Over the same comparative period, the amount of corporate bonds redemptions also decreased by €92.9 million whilst amounting to €21.4 million for the period ending August 2021.  Similarly to the first eight months of 2020, no deductions were recorded for the period January to August 2021. Moreover, rollovers amounted to a total of €489,600 from January to August of 2021, showcasing a drop from €13.7 million recorded in the same period of 2020. In addition, buy-backs increased from €1.7 million as at August 2020 to €2.7 million as at August 2021.

The economy was hit hard by the consequences of COVID-19 during 2020, which in turn needed the Government’s intervention to help mitigate the effects of the pandemic on various economic sectors. On a cash basis, in 2020, the central Government’s Consolidated Fund registered a deficit of €1,467.9 million The general Government recorded a deficit of €1,267.9 million or 9.7 per cent of Gross Domestic Product (GDP) in 2020.

The debt ratio registered a 12.7 percentage points increase when compared to the level recorded in 2019 and reached 53.4 per cent of GDP in 2020. During the first half of 2021, the increase in the general Government revenue ratio to GDP more than outweighed the increase in the general Government expenditure-to-GDP ratio, such that the general Government balance improved from a deficit of 11.7 per cent of GDP in the first half of 2020 to 9.3 per cent during the corresponding period in 2021. Similar positive developments were registered in the balance of the Consolidated Fund, which improved from a deficit of €1,086.2 million during January-August 2020 to €753.2 million during the corresponding period in 2021.