3a Malta gets together again

Home > 3a Malta gets together again

3a Malta gets together again 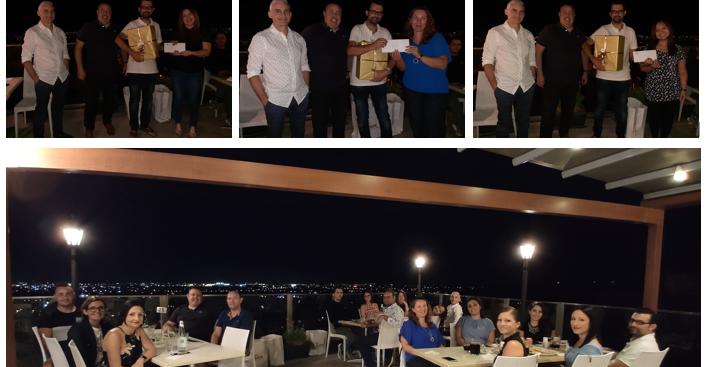 After several months, the 3a Malta team got together again for the first time since the start of the pandemic. A pleasant dinner was enjoyed at Il-Veduta in Rabat, followed by the traditional milestone anniversary awards for this year.

Three members of the team celebrated their fifth year at 3a Malta and were awarded with a memento gift. The awardees were Ms Elaine Scicluna Lewis who is part of the Business Advisory Department, Ms Brenda Borg who works in the Administration Department and Ms Ronalyn Dizon who works in the Audit Department. The Directors and all the team at 3a Malta, congratulates all three for their achievement and thanks them for their loyal and dedicated service.